Tango in Argentina has the distinction of being both one of the country’s most revered traditions and one of its most cringe-inducing tourist traps. Ask anyone to name the top things they most associate with Buenos Aires, and chances are the tango is high on that list. But ask any modern porteño (Buenos Aires local) and you’ll find that despite the dance’s ubiquity, most locals consider it strictly a tourist’s sport. Very few know how to dance it, and many avoid the nightlife spots advertising themselves as milongueros (tango dance halls). So what’s a tango-loving tourist to do?

It helps to know the history of the dance. In the tenement houses of the neighborhood La Boca back in the late 19th century, just as Buenos Aires was beginning to thrive as a port, you would find the city’s dock workers mingling with newly arrived European immigrants. Here, the dance began in the neighborhood’s brothels as a way for women to seduce clients, but quickly caught on with the rest of the city, moving on to more respectable cabarets and then the salons and drawing rooms of the upper classes. In the 1930s, tango became a full-out musical genre thanks to the popularity of artists like Carlos Gardel. Then, plot twist, the 1955 military coup banned large tango dances, and the dance fell largely out of favor with locals.

But pop culture and nostalgia have since revived the art form, and many visitors to Buenos Aires expect to get a taste. For the more adventurous, plenty of places offer tango lessons to try out the dance yourself, but really the best way to see tango as it was meant to be performed is through a professional show. So how do you experience an undeniably Argentine tradition without wasting your money on a lackluster performance? 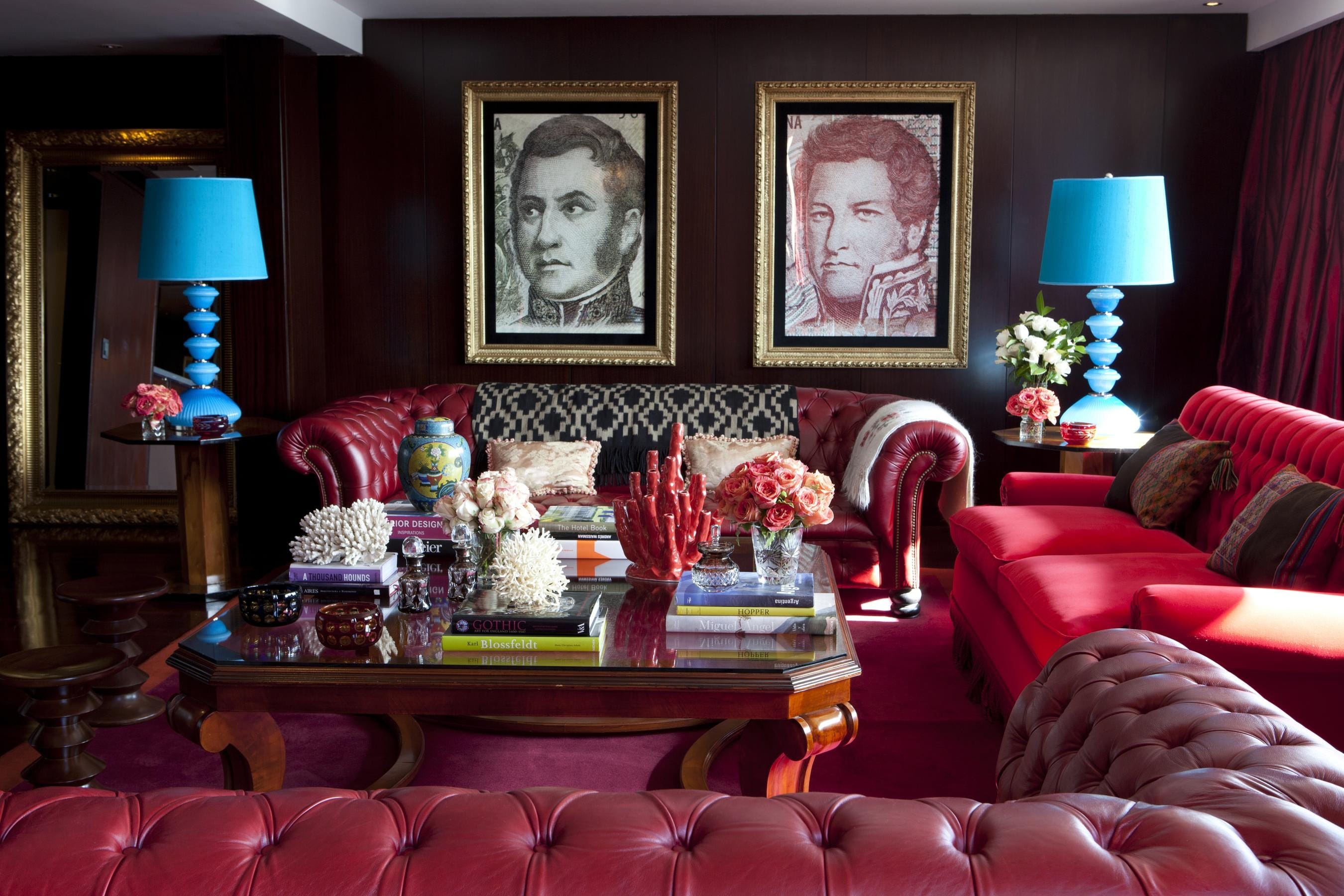 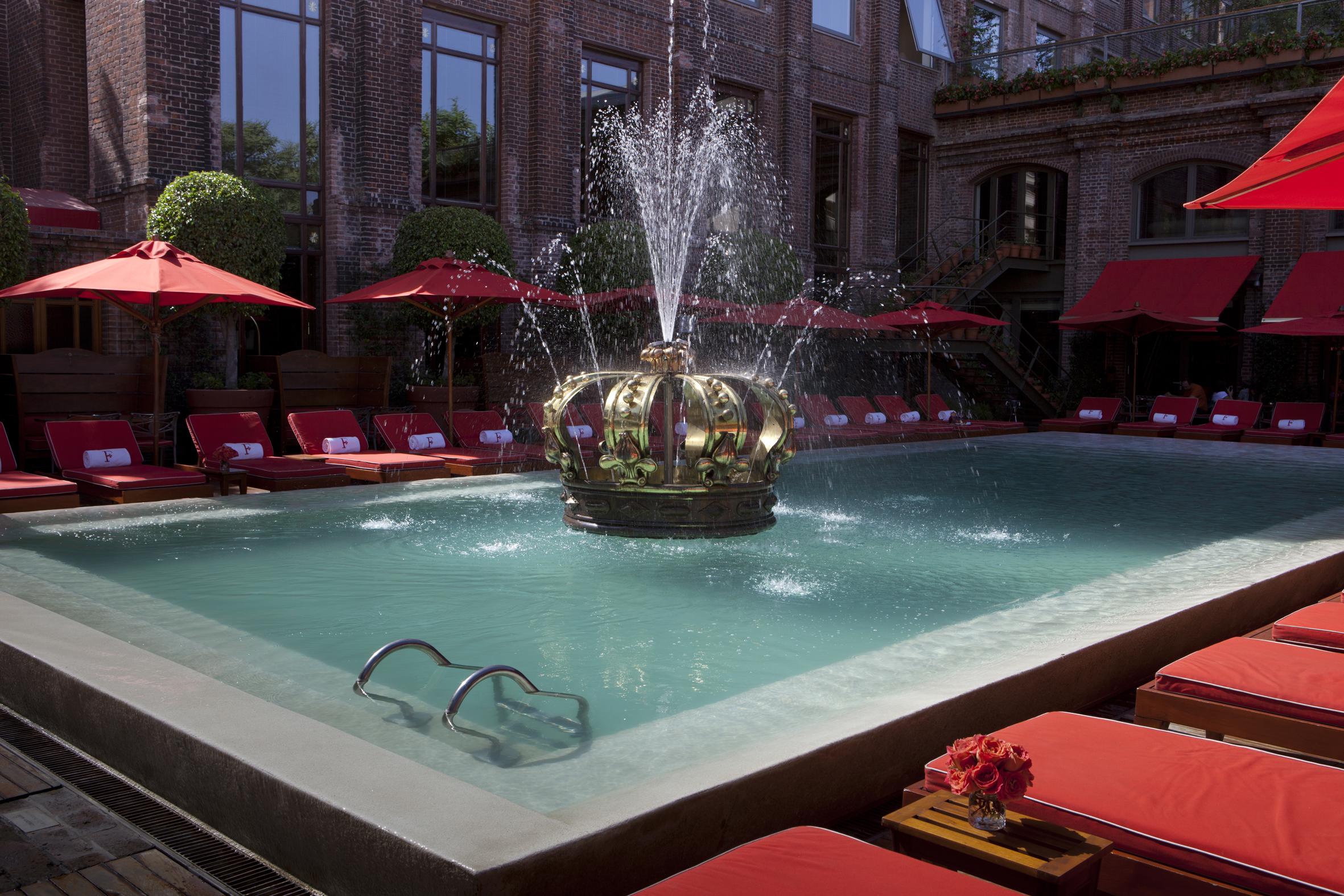 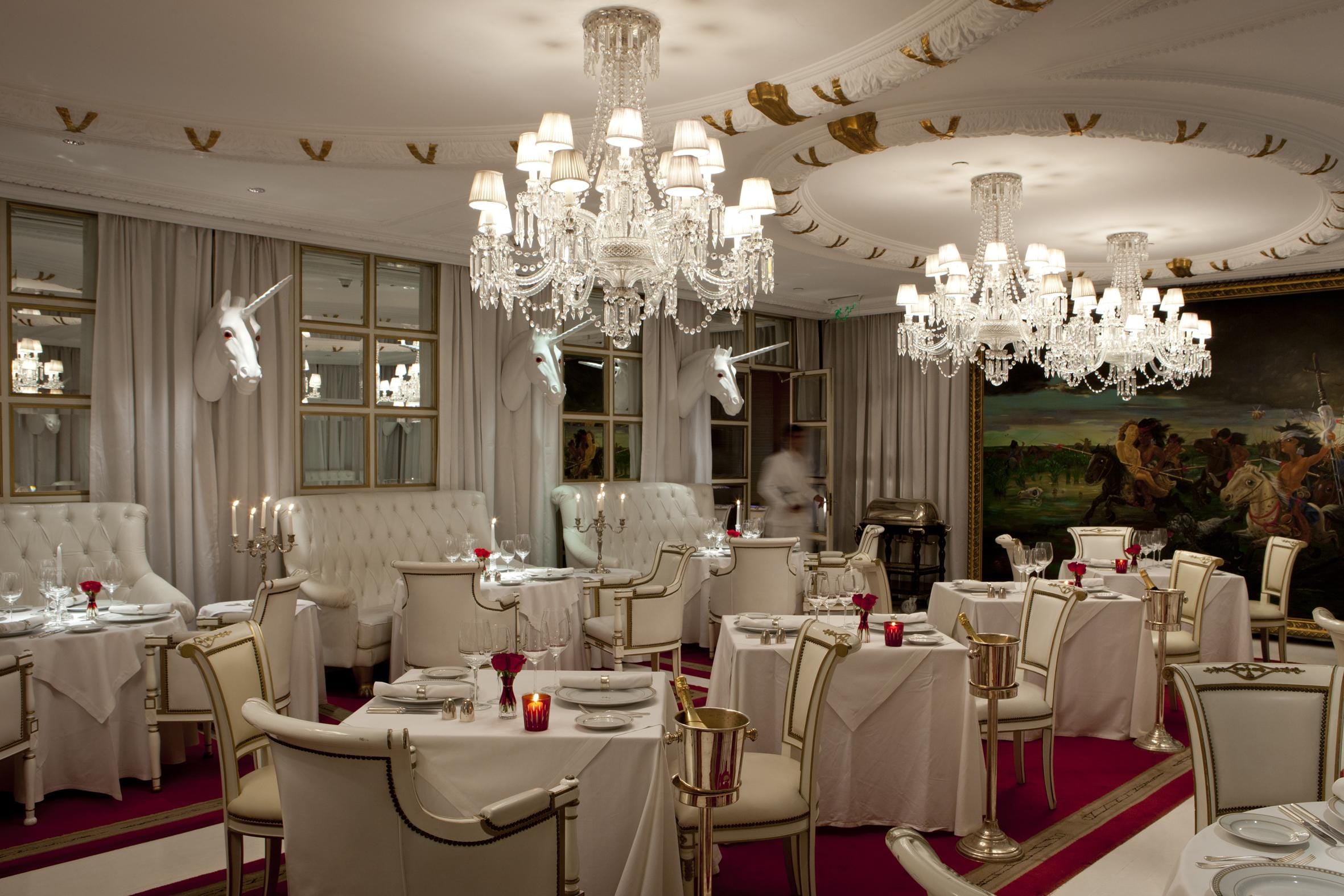 Make your way to the neighborhood of Puerto Madero, and look for the converted brick warehouse now known as the Faena Hotel. Opened in 2004 by Argentine businessman Alan Faena, entering the luxurious Faena Hotel is exactly like walking into an old-world, eclectic millionaire’s mansion (there isn’t even a reception desk, that’s how much this place makes you forget you’re in a hotel). The (very) long, red-carpet lined entrance hall leads you to a variety of rooms (the actual hotel rooms are upstairs, all lavishly decorated in dark reds and blacks with non-traditional, feng shui friendly furniture arrangements). There’s the classic Argentine steakhouse restaurant, El Mercado (decorated with a whimsy of finds from Buenos Aires flea markets over the years); a library-inspired lounge and bar; an outdoor pool topped with a giant golden crown fountain; and Bistro Sur, an all-white bistro with a hefty assortment of white unicorns on the wall for good measure. 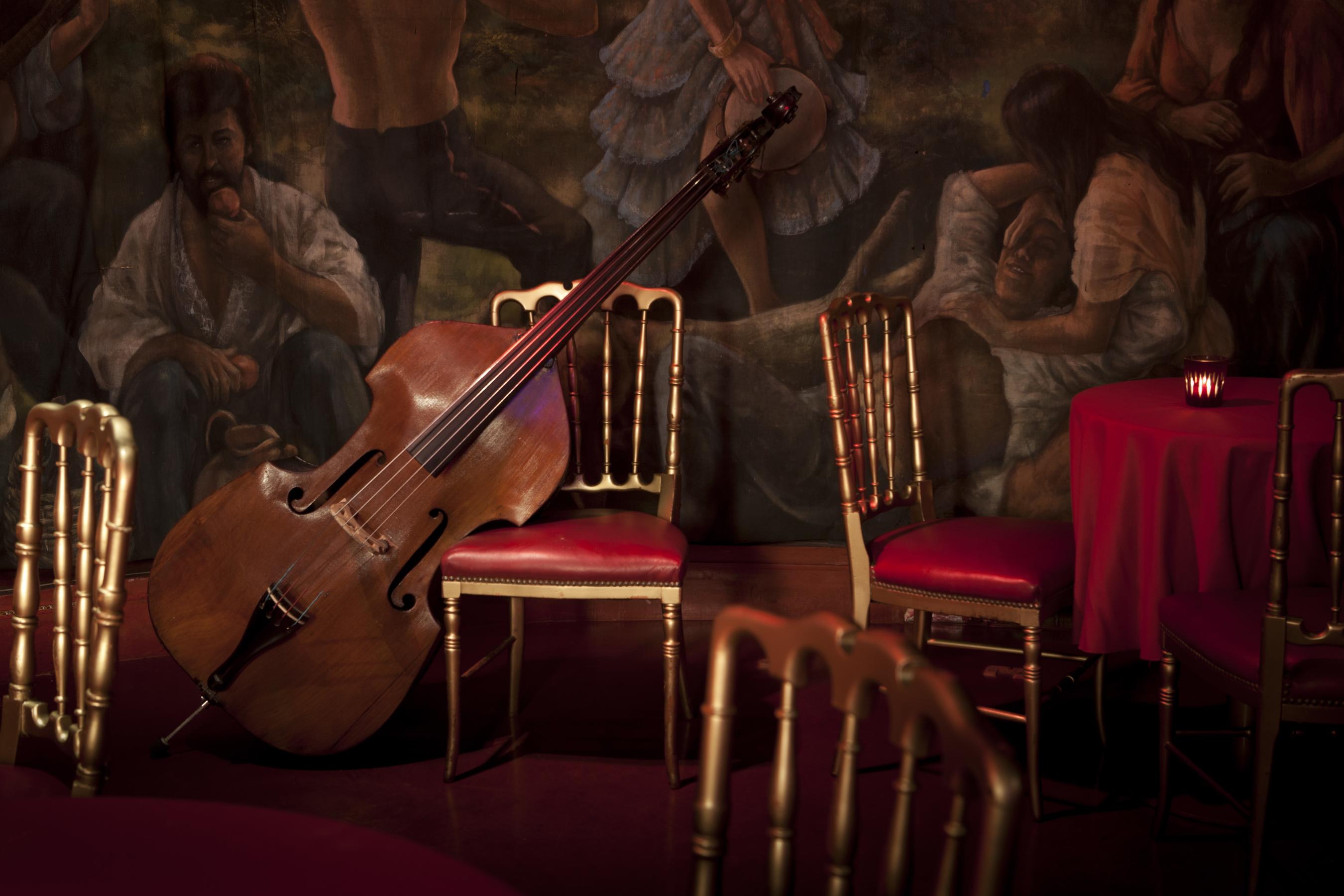 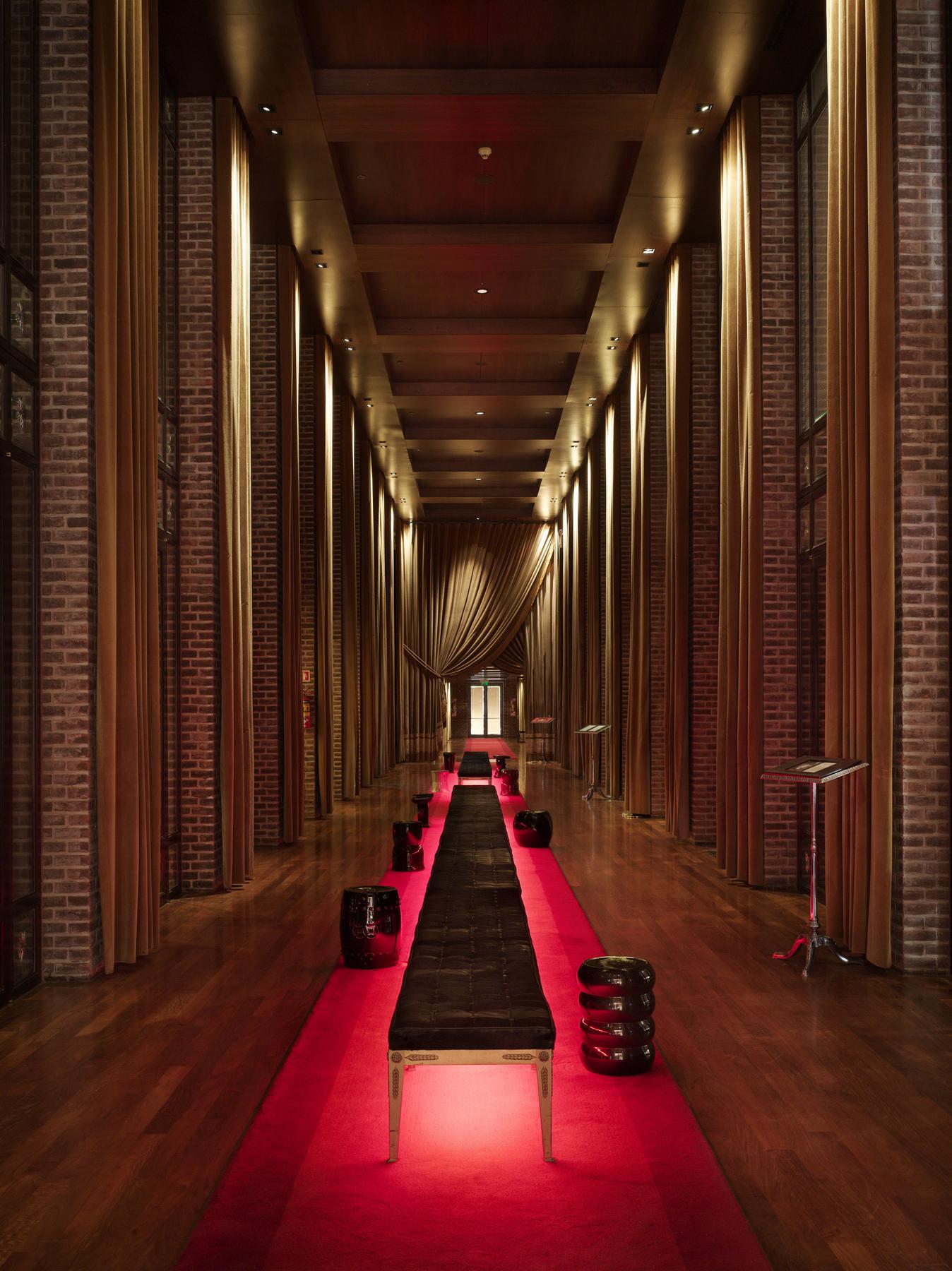 Down this hallway, you’ll also find the best tango show in Buenos Aires. Rojo Tango offers nightly shows in Faena’s intimate cabaret space, candlelit and lushly decorated with red velvet. Be prepared for ninety minutes of tango-dancing alongside impressive musical accompaniment by a live Argentine band, and plenty of wine and cocktails throughout (you can also spring for dinner beforehand at the aforementioned unicorn-friendly Bistro Sur).

The performances are nothing short of a spectacle, with each of the six couples taking turns owning the stage with everything from traditional tango moves to sexy reinterpretations of more modern songs. There are multiple, gorgeous costume changes. There’s minor nudity. There are dance moves you honestly did not think the human body could perform that quickly. At $220 for the show ($290 if you’re getting dinner beforehand), it’s a bit pricey, but still the perfect way to cap off your trip. Even locals agree: if you have to see a tango show in Buenos Aires, make it one that’s as sexy, seductive, and mind-blowing as Rojo Tango.